Where we began in the teak lumber business 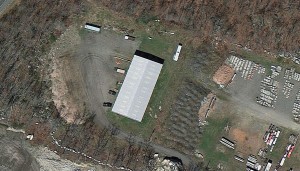 St. Angelo Hardwoods, Inc. was formed in 1993 in Bristol, RI, the heart of the boatbuilding industry This was a perfect fit as we had planned to be specializing in Teak lumber as did the company that our founder and President, Steve St. Angelo had worked for prior to the closing of three of its United States locations due to poor economic conditions at the time.

At the age of twenty-three, able to see the need for teak and other hardwood species in the Northeastern United States,  he set out to form the Company. Credit was tight at the time and financial institutions were not all too eager to be giving loans to such a young man who was trying to duplicate a business which had just recently closed its RI operations. Frustrated by the red tape and narrow minded financial institutions, Steve did what any other young person would do when pushed against the wall. He called Dad.

With a loan now secured by Dad, Steve set out and did all he could to start the Company. When all was said and done, all of the paperwork, research, sleepless nights, etc., one thing remained which seemed to be grossly overlooked. It was launch time! We were going to open our doors! Everything was in place for a smooth transition. Except one thing. What on earth was going to be the name of the Company!? Steve, being quick on his feet (desperate) declared it St. Angelo Hardwoods.

Our initial warehouse was a tiny 1200 SF garage with one surface planer and a telephone. Since then we have grown into a 15,000 SF facility in Tiverton, RI.

Throughout the years, we have supplied boat builders from all over the United States and Canada with quality FEQ Teak Lumber, Mahogany and domestic species.

Since our inception, markets have changed and we have changed with the markets. We have been producing moulding for the hospitality, commercial and residential markets as well as the boatbuilding industries for many years now. 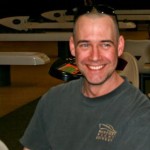 Steve began his career in the industry at the very young age while working for a different company specializing in teak lumber. Since then, Steve founded St. Angelo Hardwoods, Inc. and is responsible for overseeing daily operations of the Company. 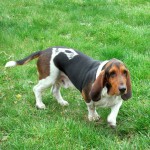 Dennis may not be the brightest bulb in the marquee but he is always ready to play and have fun.  Be warned.  He smells just as a hound should smell. 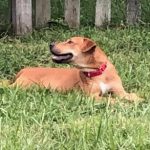 Bruno is the new puppy edition to the family.  Apparently he has created a new product line.  Bruno is in charge of the toothpick division.  He really seems to make a lot of them.