What is Qualified Help?

It just may be you

It is the same old story everywhere you go.  “I can’t seem to find qualified employees.”  Well in our industry, as far as the warehouse and mill workers go, “qualified” may not mean what you think.  This brings me to my point.

The younger generation seems to believe that a four year or longer college degree is the only way to get ahead in this world today.  Undoubtedly, this is the wisdom of most parents as well.  After all parents are the main influences on their children.  At least that’s the way it used to be before the age of entitlement.  The concept is laughable.

Let’s run a scenario.  John Doe wants to build an outdoor kitchen in his yard in an effort to impress his neighbors and entertain family.  He has a Liberal Arts degree therefore lacking any skillset required to accomplish the task.

John is looking to have the project complete in about three months.  He scours the internet for contractors, plumbers, electricians and any other profession needed to build his kitchen.  To his surprise, all contractors are booked for the next three months making it impossible for his dream to come true in that timeframe.  Even more shocking to John is that all are averaging about $150.00 per hour to work.  “How can this be?  What a damn rip-off!” thought John. 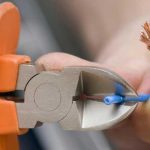 Well this is what happened.  While John and the rest of the generation thought it was a good idea to go for the four year college degree for a job that doesn’t exist, others went to a trade school where a job would more likely be obtained when finished.  They became the exact tradesmen (and women) that John was looking for.  Problem is, not enough people had this idea.  Now, the trades get to name their price and essentially cash in on their “golden ticket”.

The trade people can actually read a rule and have skills, common sense and the ability to think logically.  Their hands are dirty.  They sweat during the day.  They are proud of their work! 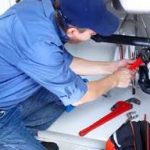 please consider a trade school.  Learn about real life and save yourself thousands of dollars. Not only in tuition but being able to do work you would otherwise have to pay someone else to do.

“Qualified” does not mean book smart.  Sometimes it just means you are willing to get dirty, you can read a rule, close the skills gap that is crippling our economy and feel very satisfied with your admirable accomplishments